In 2019, the Electronic Legislative Process (E-Legis) was placed in a production environment at the House, software developed entirely by technicians, analysts and developers from the Directorate of Technological Management of our house. When we needed to expand the legislative process, due to the pandemic, for remote work we already had this tool in full operation on our internal network. What we needed was to reinforce and implement security policies in the area of ​​infrastructure, such as new backup routines and server redundancy in the event of failures. With that, we were able to quickly make the online tool available to everyone involved in the legislative process.

The leadership guidance was initially done orally, from the third version of the SDR application, this procedure could be done directly by the software. The parliamentarians’ attendance list is also created using the SDR application, linked to the equipment used by the parliamentarian. The application started to make available, from the third version, the possibility of a question of order, which can be defined directly by the software, at the beginning of the process it was only orally.

The schedules of the sessions are available on the SDR application and on the E-Legis (Electronic Legislative Process) in an online and automatic way. In addition, the voting process is carried out by the SDR application, using the parliamentarian’s equipment. The videoconference solution was used both in commissions and in plenary.

As for the security concerns of remote jobs, when designing the application, we were concerned with ensuring data integrity of remote deliberations by applying control and authentication mechanics in the scope of software and hardware, as well as in creating a specific resolution to address this process. , which was in charge of the Attorney General’s Office, another point was to reinforce hardware security measures.

For the regulation of remote deliberations, we had the act of the governing council No. 373, 03/27/2020, which institutes the remote deliberation system and regulates its use within the scope of the Legislative Assembly of the State of Rio Grande do Norte. It was published in the Electronic Official Gazette No. 410 – 03/28/2020.

The remote deliberation software was developed by the team of the Project Management and System Development Coordination, which is part of the Technological Management Directorate, with no need to hire additional staff, as well as any company or technology service, we use all the resources we already had. Together with the team of analysts and developers, the support of the Board of Directors, of the employees of the Legislative Directorate, Legislative Attorney and General Attorney was of fundamental importance, in order to adapt the business rules that the process needed to meet this new type of deliberation.

As for the challenges, cultural change was not something that brought many difficulties, the Assembly was already undergoing a digital transformation in several internal processes. Then, the advent and the need for remote work, such as the adaptation of the deliberation modality in the legislative process, was conducted by the Board of Directors, which did not have great obstacles with the staff and parliamentarians. Regarding the house rules, we had to make a change in the bylaws in order to be able to use the remote system, but this was already done right from the beginning in the period that it was necessary.

The House provided all the necessary equipment for parliamentarians, equipment that was standardized and configured by the internal team, following an equal level for all parliamentarians. In relation to training, we had the initial concern in training and supporting the parliamentary offices, then the advisory teams of each parliamentarian were trained, and, finally, training was carried out with the Parliamentarians themselves.

We developed, internally, a video explaining the process, and made it available on our intranet to all involved. In this way we were able to obtain an extremely satisfactory level of acceptance and adaptation to the tool. Today, the index for answering technical calls to the complete solution (SW / HW) is very low. 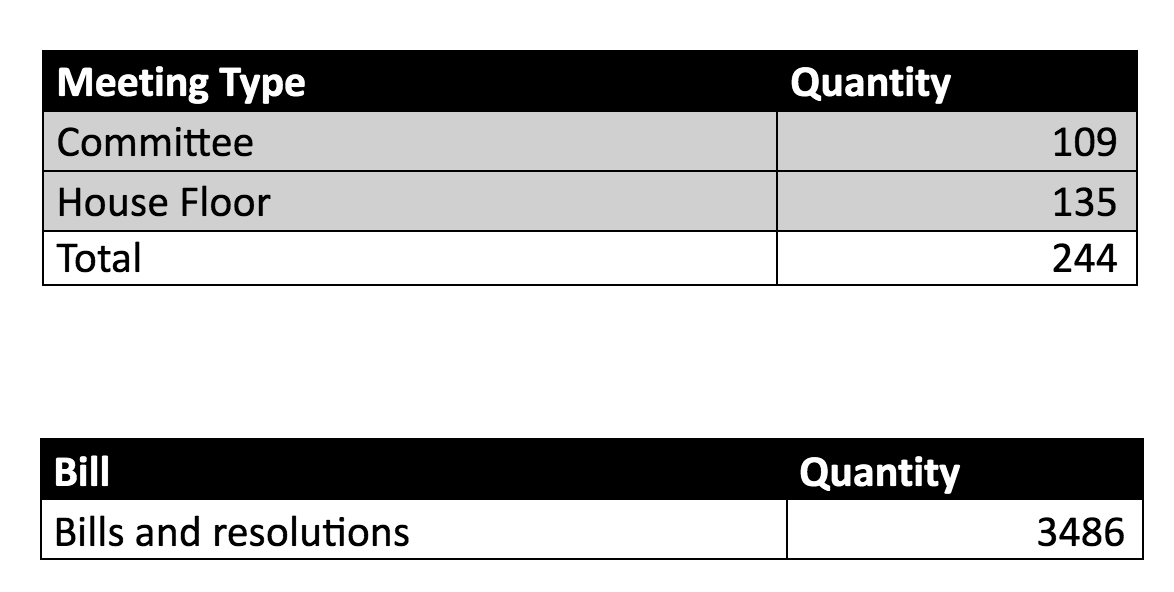 Between April 7, 2020 and April 28, 2021, a total of 135 Ordinary and Extraordinary Plenary sessions were held, with an average of 19 parliamentarians present. It is worth mentioning that in the Assembly of Rio Grande do Norte there are 24 deputies.

All sessions and committee meetings were shown by TV Assembleia (Assembly TV), giving full transparency, in addition to this live broadcast, the Board of Directors and the Technological Management Directorate defined the availability of these recordings for the citizens on the Assembly portal. This application is called Legis Videos, which can be used by the entire population with access to the Internet, with search engines, cutting excerpts from videos, among others, as facilities.

Undoubtedly, the development of the remote deliberation solution will leave a legacy for the house to develop other solutions to further improve the quality of the legislative process. Legislative transparency (Legislative Showcase is the name of the Project) is one of them. As every development is ours, we have the facility to quickly carry out these implementations. Another point is to give society the possibility of interacting with the Legislative in a simple, fast and real time. Example: citizen participation, via application, in Public Hearings, for this we are prototyping the application “The Assembly is You”.

Finally, the lessons we learned from this whole process is that it is necessary to work together in a multidisciplinary team to be aligned in order to achieve the goal. And always with the support of the parliamentary house. In addition, project re-planning needs to be quick, whenever necessary. It is essential to treat Information and Society, always, before Technology.

In 2019, the National Union of Legislators and State Legislatures – UNALE created the Citizen Assembly contest and award where we participated, and we were winners in the Management category with the project Legis-RH – People Management and Payroll, this contest had the participation of several Assemblies across the country. Today, this software, which was developed by Assembly officials, and aims to meet the needs of a legislature with regard to human resources and payroll routines, is being made available to other Assemblies in Brazil.

The São Paulo Assembly is in the process of implementing it. The Electronic Legislative Process – E-LEGIS project, which in 2019 was at the beginning of its development and taking the first steps in the production environment, bringing major changes and innovations, in 2020 was ready to compete for the award.