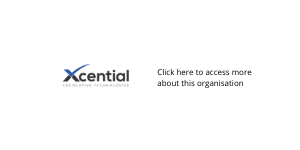 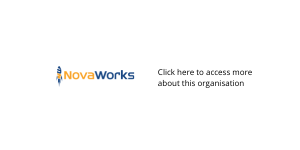 The term “digital” has limited semantics for the past 15 years and it was commonly associated with the form of transmission of electromagnetic signals. Instant messaging apps were considered accessory items, just as working remotely was a distant dream. Although the cellphone and the internet were already around, it still seemed possible to have an offline life.

The transition of Age that humanity is going through falls in a volatile, uncertain, complex, and ambiguous environment. The “digital” was re-signified. This phenomenon, when well understood, has the potential to enable profound transformations in the development of nations, the strengthening of the exercise of citizenship, and the provision of public services more suited to the needs of the population. The new citizen, increasingly engaged and connected, no longer accepts bureaucracy as a preponderant element in their relationship with the State.

In this sense, digital transformation has become a central and strategic theme for the evolution of nations and has occupied a prominent position in governmental and international organizations’ agendas. Countries, such as Denmark, Korea, Estonia, Finland, Australia, and Sweden, occupying the best positions in the UN Digital Government Ranking – 2020, have invested heavily in this journey, guided by their respective government digital strategies. In this same vein, Brazil has evolved a lot and made efforts to enable the achievement of the goals contemplated in the Brazilian Strategy for Digital Transformation – e-Digital.

The evolution from the analog government to digital government necessarily implies the repositioning of control bodies, reflection, and experimentation of new inspection models, and the creation of new values ​​and capabilities.

Aware of this scenario, the Tribunal de Contas da União in Brazil – TCU (Federal Audit Court), an institution linked to the Legislative Power and responsible for the accounting, financial, budget, an operational, and patrimonial inspection of public bodies and entities in the country regarding the legality, legitimacy, and economy, prepared in 2020 its corporate digital strategy, whose purpose is to redesign the way the Court operates in the digital context to leverage the impact of control actions on society. This instrument was developed in a collaborative way with internal and external experts at the Tribunal de Contas da União and is based on three premises: simple, useful, and measurable. It should also be noted that people (not technology) are the real protagonists of any transformational process.

TCU’s Digital Strategy explores new paradigms and business models to enable the achievement of expressive results. It’s not just about improving, but transforming. The exercise of external control in real-time, the availability of alerts to assist policymakers in the identification of possible irregularities in real-time, the intensification of continuous inspections based on data/images, and the expansion of social control through emerging technologies approaches are possible in the digital context. It brings the TCU closer to the public administration and the citizens and contributes to a significant increase in the timeliness and effectiveness of monitoring public policies.

The development of the Assisted Instruction Platform, for example, which aims to reduce the time and cost for accountability and recovery of damages caused to the public administration (diversion of funds, fraud and corruption) helps the auditor in the elaboration of procedural instructions through the use of artificial intelligence to process the texts present in the procedural documents, allowing savings of more than R$ 70 million per year.

Another example of an innovative project in the context of TCU’s Digital Strategy was the development of the Conecta-TCU Platform, which aimed to facilitate and streamline the TCU’s interaction with agencies, entities, legal representatives, and citizens. Before its implementation, all communications took place by conventional means (paper documents sent by the Post Office). With the use of the digital platform, there was a significant saving of time and resources, transparency, and speed. As an example, both sending and replying to the communication in the conventional way required about 15 days, not counting the internal procedures, until the information reached its destination. With the use of the solution, the information reaches the recipient instantly, without costs and intermediaries in a fully digital way. The current reality requires reinvention and improvement of performance models, as well as the elimination of bureaucracy and interventions that do not add value.

Faced with the profound transformations experienced by the various segments of society, governments increasingly digital-ready and the new more engaged, and demanding citizens, TCU has made efforts to deliver even more value to society, in addition to building paths to be closer to the future.